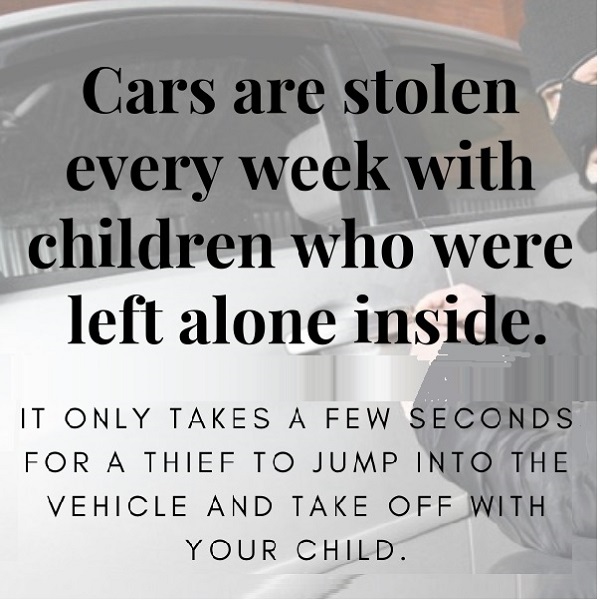 #Vehicles Are Not #BabySitters

Cars are being stolen with children alone in the back seat all over the country far too often and in some of the most unexpected places. Families are being traumatized and expensive AMBER Alerts are being issued as a result of these easily preventable incidents.

Thieves watch for vehicles to be left unattended with the engine running or the keys inside.  Most of the time, they don’t realize that there is a child inside until after they have stolen the vehicle.  Car thefts happen even in the safest neighborhoods, outside homes…