Music has been part of culture since the beginning of time..

People have their own idea as to where music originated. Trusting in Biblical history, I believe it came down from heaven! Heaven is filled with angels who raise their voices in worship,in fact many who had a near death experience, distinctly remember the music they heard.. It has been theorized that Lucifer the anointed cherub, was a living musical instrument, having timbrel’s and pipes from the day he was created. Lucifer was the worship leader,before his pride caused him to be cast down from heaven.All the angels sang in unison before the rebellion occurred.With his enticement,he took one-third of the angels with him and they formed their own band on earth!. The first mention of musical instruments on earth was in Genesis 4:21. Jubal he was the father of all such as handle the harp and organ, other translations read stringed instruments and pipes. Moses became a song writer,three are recorded in the Bible, one he sang before his death. Deuteronomy 32:1–43 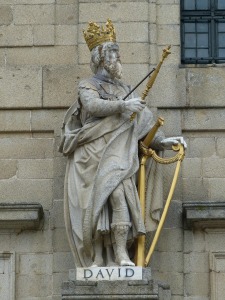 David played the harp and it soothed the demons within King Saul.  Saul would often call upon David when his mind was tormented to play the harp,and the demons would leave him. David was known as “the sweet psalmist of Israel” and he went on to write at half of the 150 songs recorded in the book of Psalms. People have been so interested in David’s harp, that they conducted extensive study to recreate the Biblical harp. Dr. Danny Ben Gigi created Psalms From The Heart, and claims it is the music you would hear in Davids day.

Music is part of our lives, it effects the mood, positive or negative, and can even raise the IQ of an unborn child..  The “Mozart effect” was first suggested by a scientific study published in 1993 in the Journal Of Science. This study determined that when a mother played music to the baby in her womb, the children were generally smarter than others in their age group.They determined classical music by Mozart, had the greatest effect on a child’s brain development. Others would disagree that children who listened to classical music had a higher IQ.

Is there more to this theory that science can explain? From David’s harp,Mozart, and The Beatles.. In 1910 something happened to the music, many have claimed it was intended to “reshape” the human mind.

In 1910 the American Federation of Musicians endorsed a standard of 440 Hz tuning for all orchestras and concert performing musicians. It applied to all the  public performances in America. Through time 440 Hz has become the modern standard tuning for all music. Why was 432 Hz, tuning frequency used since the beginning of time, changed to a higher frequency?. It has been claimed that man can use music to manipulate the mind and emotions of those who have “ears to hear” and this is the main purpose of “fiddling” with music. 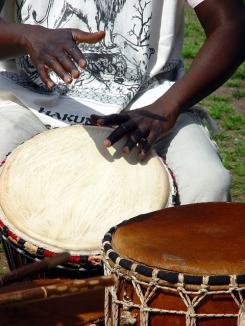 Music is enjoyed, or despised by the unseen realm.  A missionary from Zimbabwe,came to speak at a church in America. After the worship service he questioned the Pastor “Why do you call up demons with your drumming” He warned that this was the same beat he once used to get demons into the people. If I were to say that any style of music was “demonic” I would have a fight on my hands. People from every culture love their music, and so do I, although my taste has changed through the years. It has been said that many musicians dedicate their work to a god, in order to receive “favor” in the competitive world. With this in mind, I am careful what I choose to “move my soul and spirit”. 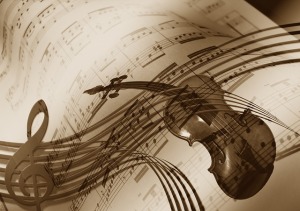 We can see the power of music, when used as therapy.  Music therapy is becoming popular, and many are being helped in the practice. Studies have shown that music can heal the mind and emotions of an individual. This is where the 432 Hz tuning frequency comes in. Those who listened to music selections in the 432 HZ showed a decrease in anxiety, and negative emotions. It has been said that The Beatles “imagine” was played in this frequency, maybe this is why it seemed so lovely to me. People have claimed the amazing healing power of music, after 18 months of listening to music within 432 HZ, the difference in their brain function was astonishing. There have also been claims that cancer patients who listen to this frequency during treatment, and visualize their cancer cells transforming into healthy cells,have seen results. If you would like to investigate this claim, you can find many selections to listen to. There are songs on YouTube, and many artist sell CD’s or downloads in the healing frequincy. There are also free conversion tools for listening to your favorite music in 432 HZ.

5 thoughts on “~The History Of Music~”