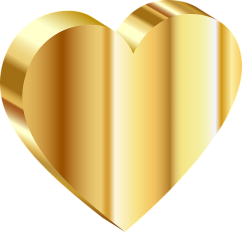 ” For where your treasure is,there your heart will be also”

Pastor Emmanuel Momoh, of Sierra Leone uncovered an earthy treasure valued at over $62 million. It is believed to be among one of the 13 largest diamonds ever found, so imagine his amazement when in the small village of Yakadu, he discovered the 706-carat gem.
He purposed in his heart not to keep it unto himself, but to give it away, for the betterment of all around him. Pastor Momoh was moved by the efforts of the government to improve the failing infrastructure in his village.

African President Ernest Bai Koroma, said “It was a gift from God” and was thankful for the kindness of  Momoh.  Koroma pledged the funds received from the diamond, would be used wisely.

Betty Florence spoke of road conditions often, traveling from Freetown to Fakonoh was not an easy task. Roads were often washed out, and it would take hours to reach the village, stopping several times to free the car from the mud, and deep ruts. Although she did not have electricity in the village, she spoke of the rolling black outs for those who did.  She was scheduled to be in Freetown, just day’s before the mudslide that claimed the lives of many.  It has been said, this was an accident waiting to happen.
Betty was present during the Ebola outbreak in 2014, and it again reared its ugly head, but prayer kept the village untouched. Poor living conditions and lack of sanitation, made it more difficult to treat the spreading disease.
These are only a few factors as to why Sierra Leone needed the blessing from pastor Momoh.

Sierra Leone is known for slave labor to mine “blood diamonds” the money is used to fund brutal wars. The people of Sierra Leone are oppressed and uneducated, leaving them to live in poverty, while those in seats of authority prosper. Human rights violations are prevalent, especially among woman.
This makes Sierra Leone a dry and thirsty land for missionaries to place their beautiful feet.

Pastor Emmanuel Momoh was lead to a pure diamond, it’s value will do much earthly good, but his heart seems fixed on the treasures of heaven.
It is my hope that people around the world will be touched by his act of kindness and realize it is better to give than to receive.  🙂